Malme — Sweden's major business center and port is located to the south opposite the Danish capital Copenhagen and is separated from the latter by the Øresund (Eresund) Strait. Across the strait is the longest bridge in Europe. Malmö has an official history dating back to the XIII century, the city played an important role in the history of the Hanseatic League and the centuries-long complex relationship between Sweden and Denmark. 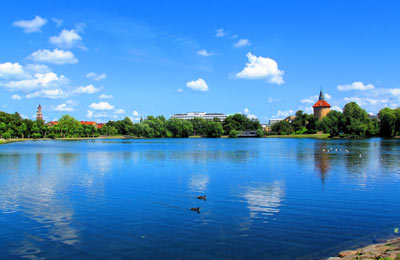 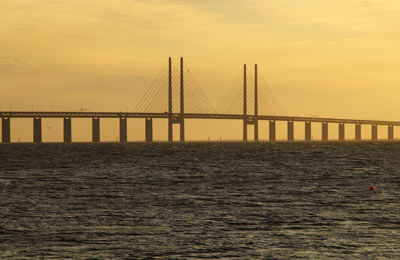 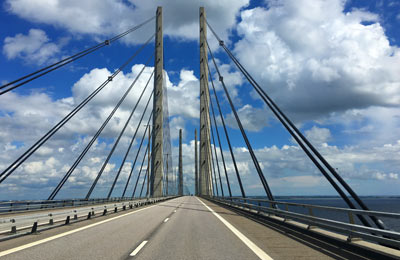 The ferry service connects Malmö with Germany's Travemünde and is operated by Finnlines — a Baltic division of one of the world's oldest shipowners, the Grimaldi Group. The crossing takes approximately 9 hours and usually takes three trips daily.

The ticket price for a single passenger starts at 61 euros if you book a cabin, while a cabin ticket costs from 25 euros. A crossing for a couple with a car will cost from 97 euros in the cabin and from 60 euros in the cabin. The price of the ticket depends on the size of the car and the type of cabin: on some ferries the berths in the cabins are arranged in two tiers. For evening and night voyages cabin booking is obligatory, cabin tickets are sold only for day voyages, there is a club discount system.

All ferries have comfortable cabins, onboard restaurants, cafes, stores, there are children's playgrounds, Wi-Fi and a sauna.

The Port of Malmö, together with the Port of Copenhagen, is operated by CMP (Copenhagen Malmö Port), not only ferries and cargo ships, but also almost all Baltic cruises call at these ports.

It is possible to get to the ferry terminal of Malmo from the international airport of Malmo Stroup (35 km) or from Copenhagen airport (41 km) via the Øresun bridge. The way without traffic jams will take about 40 minutes by either of these two routes.

The ferry terminal in Malmo can be reached by either route.

The ferry terminal is located in the port district of Malmö not far from the city center, but separated from it, and cruise ships moor at a berth near the center. Infrastructure of the terminal is represented by a large parking lot, access roads are excellent, but there are no other tourist facilities here. The work of the terminal is based on early booking online, to save money it should be used — you can do it on our website.