Tunis – naturally and in a civilized manner rich country that occupies the narrow strake of dry spell between Algeria and Libya. Order of one third of her territory – this Atlas of mountain, and the boundless desert Sahara begins on a south. The country of oases, sands, jasmin, coffee and ancient history allows to submerge in the unforgettable atmosphere of East with the European level of service. 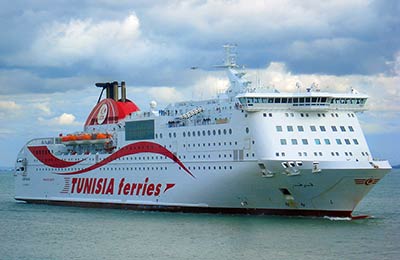 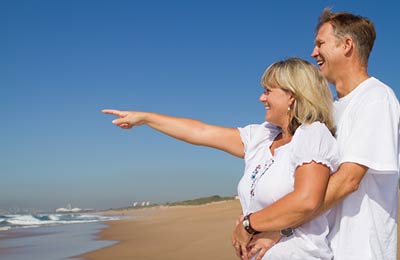 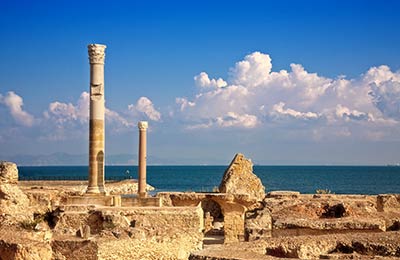 East and north part of Tunis – this Mediterranean seashore the extent of that makes more than 1200 kilometres. On territory of country there is plenty of lakes the largest from that are Shott el-Jerid and Schott el Gars. North part is crossed by the river Megerda, length of that – about 460 km To the European coast Tunis binds the developed regular ferry report. So, from the north point of country to Sicily – only 134 kilometres, that can be easily and comfortably overcame on water.

Getting to Tunis is possible not only by air. It is enough to reserve a ticket on a ferry, to leave in the east country of Maghreb from the banks of France, Malta or Italy. Simpler than all to reach to Tunis from Sicily. On the Italian island ferries walk from Palermo, Trapani and Rolling. Duration of ferriage – 7-8 hours, and cost of ticket – from a 50 euro and higher. Among accepting ports in Tunis:

On a ferry it is possible to sit down on Sicily, in Genoa, Naples or on Malta. A regular report is also put right between French Marseille and Tunis, time in transit – 25 hours. In the high season of court walk five one time per a week, and ordering a ticket on a ferry is needed beforehand. From Genoa a water-carriage plies every day.

Besides the endless barkhans of Sahara and beaches with white sand, in Tunis there are the cork and coniferous forests, rocks and cliffs, green hills. This unbelievable country keeps in itself centuries-old history, ancient cities and great number of sights, including eight monuments of heritage of UNESCO, almost free of influxes tourists. French speech, staggering smell of круассанов and coffee, Tunisians with blue eyes are able forever to change withstand stereotypes about Africa.